Feeling nostalgic today. Had the opportunity to relax and listen to old Tamil movie songs of the 60 and 70s. Songs that I would listen to on my transistor while finishing my record work while Vividh Bharati, Radio Ceylon and listeners' choice from AIR, Tiruchy played my favourite songs. These were songs we would be treated to for an hour after dinner before the Silence Hour in our hostel. How much we would nag the seniors in charge of selecting records to play our favourite numbers!

How I wish that I had never grown up and continued to lead that carefree life for ever.

How I wish I never had to learn the bitter truth and harsh realities that are part of life.

Spread the language of love 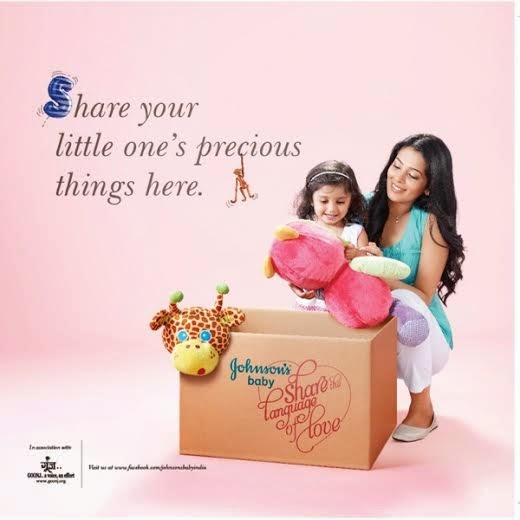 Four years back we had the the pleasure of celebrating our granddaughters’ birthdays at Jamshedpur. Megha was turning six and Annika two. We combined their birthday celebrations and arranged for a small party for sixty people including 12 to 15 children. The kids had a blast and my granddaughters must have taken back pleasant memories of their two months stay in India Then came the task of sorting out gifts. There were a number of Cadbury's chocolate gift packs, stuffed toys, dolls and other items. I put away the chocolates telling them that they could have them over the next couple of weeks. My six year old granddaughter then surprised me with her words  -
“Amma” she said, “I want to give away the chocolates to children who do not get to eat them. We keep getting chocolates all the time and do not need more of them”.

I felt proud of my little girl and took the two of them to a bridge school run by Anjalidi and they not only shared chocolates and snacks with the 35 girls in the school but spent the whole evening playing with them. On their return to America Megha continued to remember them and once asked me to distribute cold drinks and snacks to her Bridge School friends on her behalf. I gladly obliged. My co sister Geeta heard about the bridge school and gave them a trunk load of utensils and household items that belonged to her mother to be used by them.
A similar sentiment is expressed in the “Share the Language of Love” campaign jointly hosted by Johnson’s Baby in collaboration with Goonj – an NGO that echoes similar sentiments. The objective of the campaign is to motivate parents to donate their children’s utilized articles with children from underprivileged families so that they too may experience the joys of childhood. This in turn would help children to appreciate the privileges that they enjoy and also realize that children that are not as privileged as them also deserve to enjoy the experience of owning items that that their parents cannot get for them.

The idea of sharing and caring not only does wonders to the donor as well as the receiver – I say it from experience – but also sends positive vibes to society in general. The organizers of the campaign have collection centers where the items may be deposited. Those who are interested may just give a missed call to 1800 267 6767/1800 267 2222 and they will be guided to the nearest collection center where they can give away stuff that were purchased with great care for their own children who have now grown up and/or have no use for them. If a small gesture like this can bring a smile on a child’s face why not we join hands and support the campaign.

I am no very much into blogging these days with a research project demanding my time and attention. But the idea behind the campaign was appealing and I could not help remembering that Megha echoed the very same sentiments four years back! I hope she remains so always.

This mother’s day I wish to pay my heartfelt tribute to all those women including my mother who have shaped my life.  I have already written about my mother in earlier posts but whatever I write seems inadequate. She has had a very strong and positive role in my life and I have no hesitation in tracing every little success that came my way and each one leads me to her. From the time she taught me to read and write till occasions that left me depressed her presence alone instilled a confidence that was difficult to explain. Never verbose or vocal, she led by example and one could never compromise on morals and ethics – neither when she was alive nor after her death. She taught me to accept the ups and downs in my life with equanimity and under her guiding influence I learnt valuable lessons – the most important one being that good and bad times are a part of life and neither last forever.

My mother’s sisters also mothered me in their own way. Following my father’s death they would invite us children for vacations and treat us to movies and exhibitions the way my dad would have. Her older sister had no children of her own but how can I forget the kindness and concern she showed when she came to assist me when my son was born. I was in hospital following my delivery and in a foul mood because my husband was taking a long time to come. He was to come straight from his office so I did not expect my aunt to turn up. But she did. She did not know the route and could manage just a few words of Hindi. A flask of coffee in one hand and idlis in the other she took the town bus, got down at the blood bank as per my father in law’s direction, followed the crowd that was proceeding to the hospital, asked for the maternity ward and was by my bed even before my husband. All because she knew that I would be hungry and that she did not want me to eat the hotel food that my husband may get since he was coming straight from his workplace.

Kamakshi mami, my maternal aunt by marriage about whom I have written in this post was also a second mother to me. She taught me the virtue of being selfless again leading by example. Her own children were around the same age as my brothers. I cannot recall a single incident where she subjected us to indifference or showed any preferential treatment for her own children. It was her influence that helped me overcome minor irritants and hiccups as a young bride in Jamshedpur.

My mother in law also made me feel at home in my acquired family and would tell me so much about her people that I learnt to love them even before I had met them. She also did not differentiate between daughter and daughter in law and thanks to her, today I can proudly claim that I equally love both my sister and sister in law.
Finally, my mother in law’s friend Thailam mami, who was a pillar of strength when my mother in law was sick and I was at a loss not knowing how to deal with her mood swings and hunger pangs. I could walk into her house at six in the morning and return with a bowl of rasam or sambhar for my mother in law who was normally a picky eater but screamed for food like a six month old on account of her diabetic condition. Thailam mami not only assured me that I could feel free to approach her anytime and would come over during her free time and reassure my mother in law that she would be well very soon. But for her support and guidance l could not have coped with my responsibilities well enough.

Motherhood is not about raising children it is more about teaching them valuable lessons of sharing and caring. This is done, not by preaching from a pedestal but by showering love and affection on those around us.


A very happy mother’s day to all mothers!
Posted by Hip Grandma at 11:00 PM 3 comments: